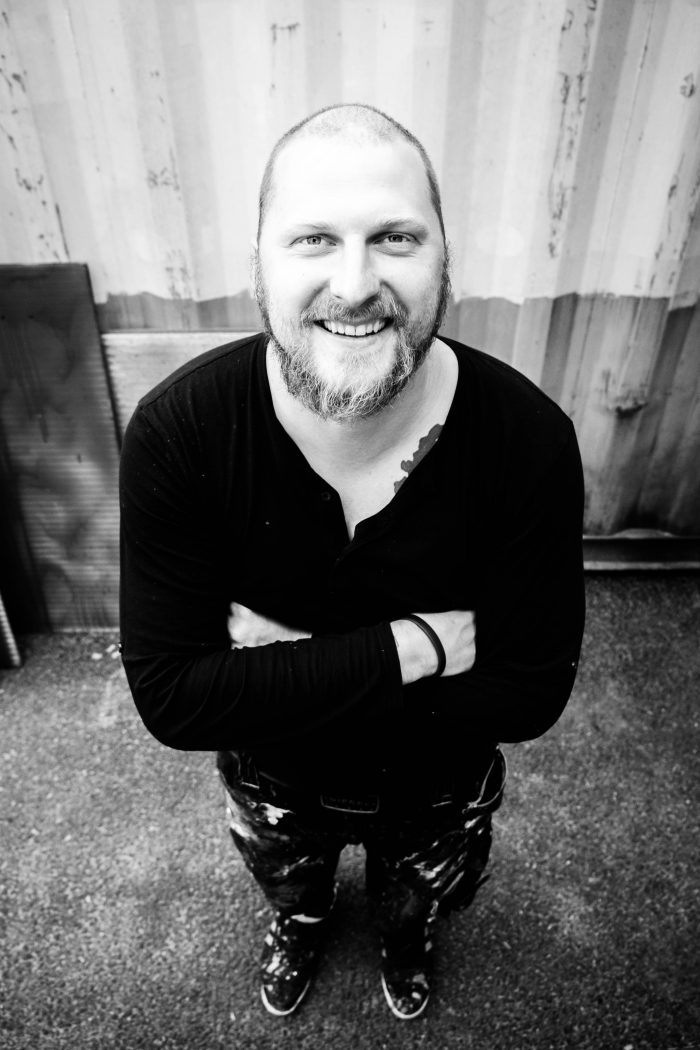 Vienna-based artist Daniel Sommergruber’s interest in staging can be found in each of his works, whether photography, painting, drawing, sculpture, or activated, as a stage set. The starting point of his work is always the human being and his relations to conceptual space, which drives his experiments with materials and techniques.

His interdisciplinary work is reflected in his education, which was shaped on the one hand by the master class in scenography at the Academy of Fine Arts Vienna with Anna Viebrock and Erich Wonder and on the other hand by the master class in painting with Markus Lüpertz. As a photographer and stage designer, Daniel Sommergruber is open to visual or literary stimuli. Books of photographs play a role as inspiration, as do theatre productions or articles from daily newspapers. The graphical found objects are collaged in front of his inner eye and take on new meaning through their position and size in space, whereby the empty spaces contribute as much to the narrative as the figurative motifs.

In his works, the artist exaggerates proportions, ratios or image details in an almost mannerist way, thereby simultaneously emphasising the surrounding space and his protagonists. His human representations are abstracted through the play of light and shadow and, despite the edges and hardness, appear softly drawn and anonymised. His central motif is not so much people per se as their positions and relations. It is only through their connections with, to and among each other that they acquire their relevance.

Between the references to the politics of the day, the painterly mannerism and the aesthetics of photographic overexposure, the material used recedes into the background. Even if the passionate painter consciously resorts to slower working materials such as brush and oil paint in times of digital overflow, Daniel Sommergruber does not limit himself to a single technique. In addition to watercolour and acrylic, he also uses biros or ink on a wide variety of surfaces. Not only canvas or paper but also recycled pallets or old suitcases are, in their specificity, surface structure and history, not only backgrounds but essential components of his works and convey his search for the location of people in space.

You can find out more about which cookies we are using or switch them off in settings.

This website uses cookies so that we can provide you with the best user experience possible. Cookie information is stored in your browser and performs functions such as recognising you when you return to our website and helping our team to understand which sections of the website you find most interesting and useful.

Strictly Necessary Cookie should be enabled at all times so that we can save your preferences for cookie settings.

If you disable this cookie, we will not be able to save your preferences. This means that every time you visit this website you will need to enable or disable cookies again.